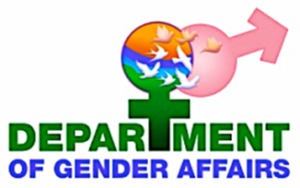 The Department of Gender Affairs is committed to ensuring, that both males and females are equal partners in shaping the economic, educational, political, cultural and social development of the Federation.

overview of the department

In 2000, the Department assumed its new name ‘Department of Gender Affairs’ in keeping with the state’s commitment to ensure that gender is mainstreamed in all of its policies and programmes, as well as to ensure specific impact on men and women.

The Department has major responsibilities for raising awareness; monitoring and improving the status of women and girls in the country through the implementation of a number of International Conventions and declarations; as well as the Constitution of Saint Christopher and Nevis which speaks to equality between men and women.

The Department’s priority areas include the formation of a National Gender Policy, the empowerment of women and girls, the reduction of all forms of gender based violence, poverty elimination, governance and democracy, and programmes for men and boys.

The Department of Gender Affairs seeks to serve vulnerable populations through advocacy, education, empowerment and enhancement of individuals by utilising programmes that promote equality, growth and development.

LEGISLATIVE AND POLICY FRAMEWORK UNDER WHICH THE DEPARTMENT FUNCTIONS

The Department functions under a Policy Framework, which is guided by International and Regional commitments including the Sustainable Development Goals, Convention on the Elimination of all forms of Discrimination Against Women (CEDAW), the Gender Equality Observatory,(CSW) Commission on the Status of Women in St. Kitts & Nevis and the Belém do Pará Convention. It has responsibility to fulfil periodic international, regional and national reporting obligations.

Additionally, there is the Domestic and Sexual Violence Complaints and Response Protocol, which was developed in consultation with stakeholders from the private and public sectors; and civil society. The protocol which was launched in 2018,sets out the roles and responsibilities of the key agencies involved in Domestic Violence matters.

TYPES OF CASES BEING HANDLED

As a referral, advocacy and awareness raising department, the services offered include but are not limited to:

The Department of Gender Affairs adopts a multi-agency and holistic approach, forming strategic partnerships with the public and private sectors; and civil society. Our partners include the Special Victims Unit, Counselling Unit, faith-based and NGOs that provide shelter for victims of Domestic Violence. Support is also provided from some of our key international partners including UN Women, UNICEF, UNFPA and PAHO, that assists us in achieving our programme objectives. Below is a list of the current (2020) programmes and objectives.

To actively engage men and boys in the Mentorship Programme from two additional schools.

The Boys’ Mentorship Programme, launched as a pilot at the Charles E. Mills Secondary School in July 2016 provides high risk adolescent males with viable alternatives to a life of anti-social behavior that could easily and quickly deteriorate into a life of criminality. The programme provides opportunities for the holistic development of adolescent males. Training is offered in life, social and technical skills. Utilising a collaborative approach, parents, school principals and school guidance counsellors are involved in monitoring progress of the participants. It is intended to expand to progamme to all public high schools in St. Kitts.

The programme is part of the women’s empowerment platform and delivers short term skills training for female inmates of Her Majesty’s Prison. The weekly training sessions aim to improve personal and career development, and focuses leadership, life and technical skills to empower women to enable them to participate fully in the economic activities of the country that will assist in alleviating the feminization of poverty. Where appropriate, the Department of Gender Affairs also provides advocacy services on behalf of inmates.

International Women’s Day is celebrated on March 8th and is an occasion where women from all backgrounds are recognized for their achievements. The Department of Gender Affairs commemorates International Women’s Day through the coordination of various activities during the month of March that include raising awareness of the contribution of local women.

International Men’s Day is celebrated annually on 19 November and is an occasion to highlight discrimination against men and boys and to celebrate their achievements and contributions. The Department of Gender Affairs hosts a series of activities to celebrate the contribution of men in their workplaces, families and communities.

The 16 Day Campaign against Gender-based Violence

The Department of Gender Affairs joins similar institutions worldwide in activism designed to end violence against women, men and children. The Sixteen Day Campaign begins on November 25th, and ends with International Human Rights Day on December 10th. The campaign calls for the elimination of all forms of violence against women, men and children. Activities to sensitize the general public are conducted to raise awareness of gender-based violence as a human rights issue. The Department works towards promoting innovation and strategic awareness to reduce crime, in addition to advocating on behalf of victims of gender-based violence.